Social Station is Paul Todd and Jacob Sebastian, Young and Cold Records, a father and son duo. With a passion for analog synths, hypnotic guitar, classic post-punk bass lines, and undeniable melancholic vocals, they have forged a dark yet catchy sound. The two of them have toured extensively, 40 shows in over 20 cities, including a performance at the Out From The Shadows (OFTS) V festival in Portland, Oregon. Additionally, Social Station has supported national touring acts, such as She Wants Revenge, Ash Code, and Actors. They spent the summer of 2022 recording their new album, and performing the new material in Lima, Peru.

Building on their self-titled release on Young and Cold Records, the In the Fallout album continues with the familiar Social Station themes of introspection and struggle. Written over the 2 years of the pandemic, the music centers on the bass playing of Jacob Sebastian, guitar and vocals of Paul Todd, and introduces another creative force, Natalie Simona. Featured on the album cover, Natalie adds one more family member (Jaocb’s sister) to the song writing process, contributing music and lyrics to the opening track Never Free.
Looking ahead, they are currently planning an extensive spring/summer tour for 2023. 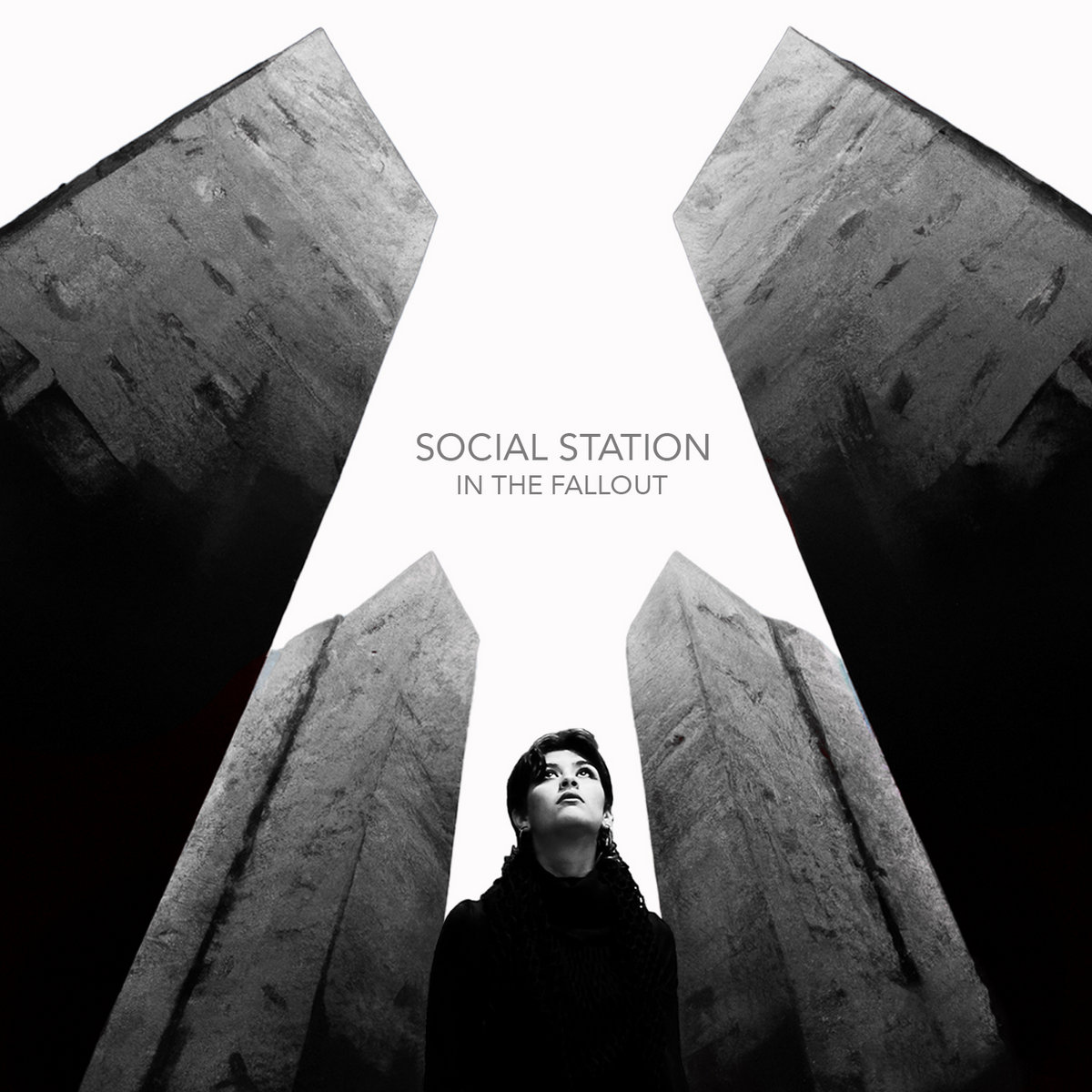 Album Review by Stereo Embers Magazine: The work of Paul Todd and son Jacob Sebastian with new addition – and Jacob’s sister – Natalie Simona injecting fresh creative energy (that’s also her on the cover), this second album after 2020’s self-titled debut cements their place ever more resolutely amidst these splendid ruins we affectionately call ‘home’. Presenting with the usual lush consistency, Jacob’s bass if anything – hard as this is to believe if you’ve ever seen them live – now an even more crucial linchpin, its immense agility simultaneously immersive and upfront while Paul’s guitar and vox etc bathe the tracks with the necessarily somber grace to, basically, bring the dark dream alive.

With a cathedral-esque synth providing a sepulchral entrance, first track “Never Free” (music and lyrics partly authored by Natalie) swiftly opens the lid and takes flight, if one whose restless flurry remains contained inside its gothic structure, trapped and beating its wings up under the vaulted ceiling as per its title. There’s this odd contradictory spirit to it that feels, in equal measure, claustrophobic and expansive which, now we think of it, is no surprise as it’s the source of tension this band has practiced from the start and have, by this point, damn near perfected.

Go anywhere on In The Fallout and hear that delicious push and pull between the tug of darkness and the insistence of its opposite, as if the band are intent on exhuming light from the clutches of the pitch black. It’s there in the way the bass and a bright layer of synth on the more-or-less title track “Fallout” provide an almost soothing blanket for the personal – and rather unsparing – emotionalism of the lyrics; in the calmly racing mojo that upholds the similarly dire “All of a Sudden (Dear Lord); in “Secrets to Be Heard” that drew the jotted-down comment “mournful in that uplifting way we all love” in this review’s pre-scan phase; in the outright rhythmic playfulness (of a sort) that attends “Into the Hold.”

All this maintained balance isn’t a gimmick or a trick of a trademark, it’s instead the essence of craft, that simple ask the process asks that is in fact a damnably difficult task. That Social Station have come this far in mastering it isn’t just to their credit – though yes, it sure as fuck is that – it’s also to be celebrated. There’s nothing easy about any of this. That Paul and Jacob and the added Natalie make it seem exactly that – In The Fallout pretty much just pours out of the speakers – leaves us a bit speechless and a whole lot happy.